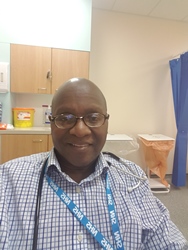 Where a little of Malawi meets the World in Scotland!

John Lloyd Chipembere Lwanda is a physician, social historian, researcher and writer who has lived and been educated in Zimbabwe, Malawi and Scotland. His Ph.D. was on the dynamics between culture, politics and medicine with reference to the HIV/AIDS epidemic in Malawi.