What are the local arts practices in Lilongwe, Malawi? The Culture and Bodies project aims to work with communities to identify how arts can be used to spread awareness of how people can reduce their risk of non-communicable diseases such as hypertension and type 2 diabetes.

We wanted to work with people in Area 25 Lilongwe, so I set out to find out more about local arts practices and learn from the residents how we could attract people to take part in our upcoming Culture and Bodies workshops and events.

We drove around the area to get a feel for the place, noticing that many of the shops and grocery stores had been branded using paintings. We identified two artists at a sign-writing stall along the road and had chat with them.

They told us that they were fine-art artists, who ran a sign writing business to make a living. There was a more substantial demand for signs than there was for general artworks.

On the second day as I was chatting to another artist at the local Nyamithambo Arts Palace, I noticed a group of about five youths, listening to music on a portable Bluetooth speaker just outside the gate.

I spoke to one of the older youths. He explained that he and his friends were part of a dance group that danced to mostly dancehall and hip-hop genres. They were waiting for some of their friends, so they could rehearse at Nyamithambo .

I also saw various groups of men in different parts of Area 25 converging around games of Bawo, a traditional game evidently very popular in the area. Residents I spoke to also talked about Bawo.

I also wanted to know what other forms of arts were popular in the area.

This came out in the discussion with the two artists. One person mentioned that his brother made flower pots from clay as a business, and gave me some pictures of the various pieces.

In most of the discussions, residents spoke about music.  People mentioned local bands, and how many people played and even recorded music for various reasons including fame, money and just for fun.

We also found out that some people make and sell all sorts of bracelets. Pictures of these were again shared with us.

How could we attract people to our events? People suggested we use a very common local advertising technique with project members walking around the community blowing whistles and screaming out the details of an event.

Someone also suggested that we make T-shirts and have a designated day where people would wear them to walk through the markets to generate intrigue and curiosity from marketgoers. They would then be given information about the project, including specific workshops and events we wanted them to attend.

Other ideas put to us were sticking posters up around the markets, and broadcasting digitally-recorded messages through PA systems on the back of a minibus or pick-up truck. 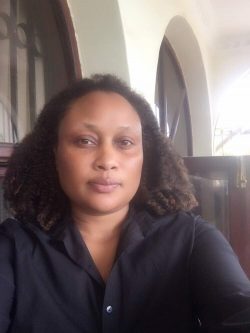